The Pride of Marshall: The Marshall City Band

Led by Heather Setzer, a member of the band for over 22 years is the proud new director stepping into the role held by former director Blake Reynolds.

The History of the Marshall City Band:

The band has been in operation since 1875. They were formed by men in the community who had musical talent and interest in forming a band. Their performances were on Thursday nights during the summer along with several other bands that played concerts and led parades in Marshall including The Citizen’s Cornet Band, the Rector Band, Rector’s Juvenile Band, and the Chamber of Commerce Band.

The first mention of the Chamber of Commerce Band in the newspapers was in 1920 when the band was giving concerts and performing in plays at the Pythian Theater and doing other fund raising in order to buy new uniforms and instruments. They played regularly at school sporting events and county fairs and even wore miners’ caps with lights for one evening march.

The Marshall City Band is the oldest, continuously operating, band in Illinois starting as a brass cornet band and evolving into the band it is today with 55 dedicated musicians from all over the Wabash Valley who spend more than 3,000 total hours per summer preparing, rehearsing, and performing at concerts.

They elect officers each year and have a board of trustees. Members range from high school students to adults, some being members for more than 40 years. Several of the student band members have gone on to major in music.

In 138 years, the band has had only eight directors. 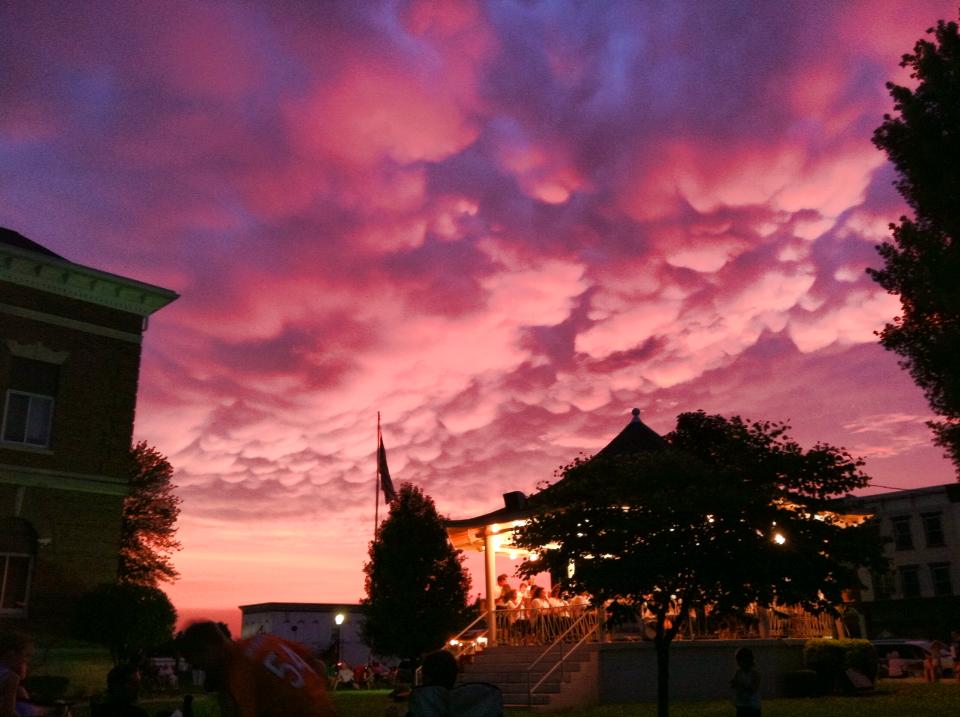 Where can I see the Marshall City Band perform?

Come to Marshall on Friday nights during summer months where they perform at the Bandstand on the Courthouse grounds. 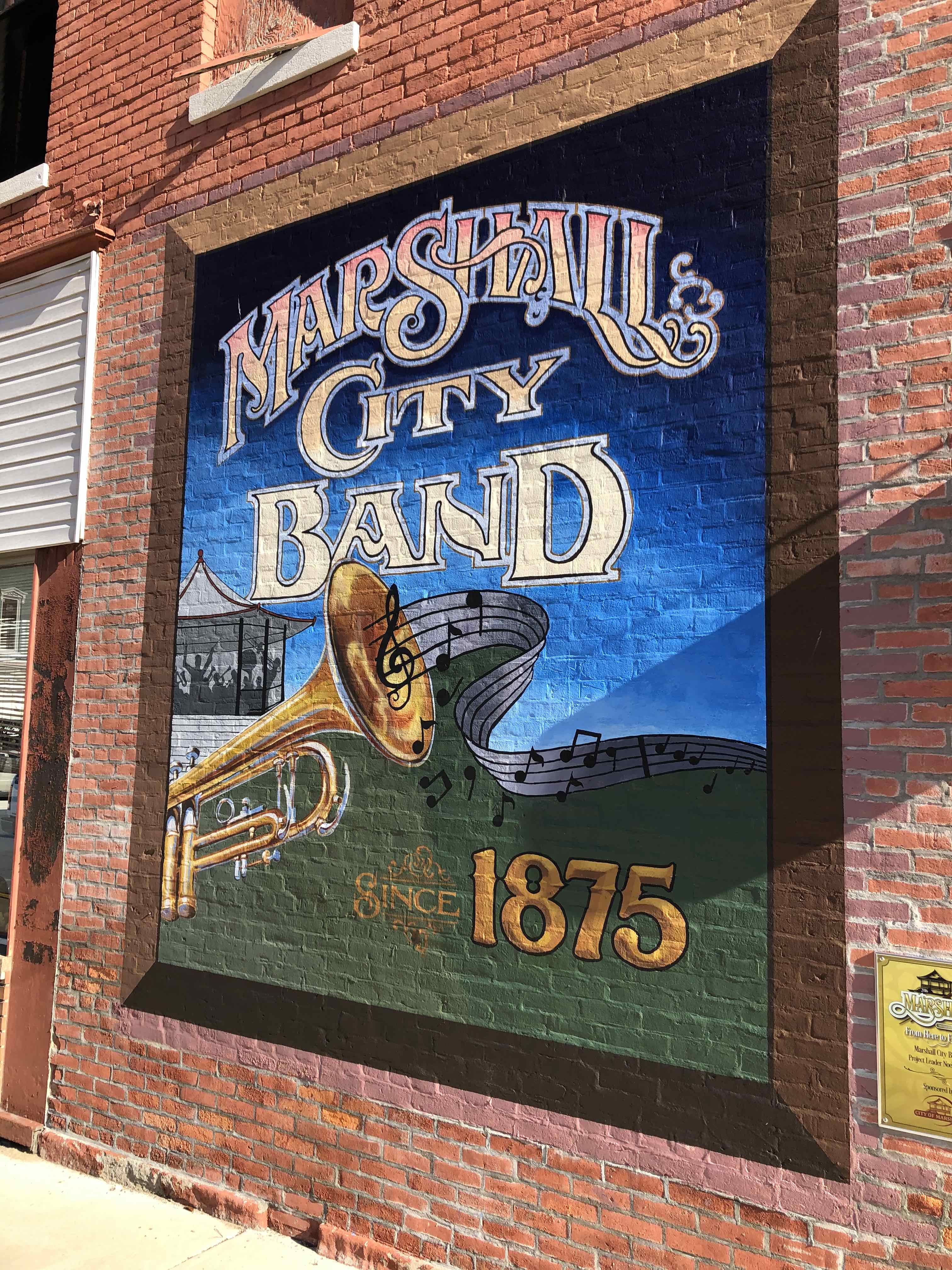 Other ways to see the band:

The City Band also travels to other communities to perform, and performs at Memorial Day services at the Marshall American Legion and the annual 4th of July celebration at the Clark County Fairgrounds.

Can anyone come to a Friday night concert?

Yes! They are free concerts open to the public. Marshall welcomes out of town visitors and now the Farmer’s Market which surrounds the bandstand every Friday night starting at 4 pm is part of the festivities. Ice cream socials are sponsored by many organizations and churches during the summer and the Lions Club operates the antique popcorn wagon during the concerts. Visitors attend from all over the United States and other countries and the concerts have become a meeting place for family and class reunions and weekly visits with friends.

Everyone is encouraged to come enjoy the music, fellowship, and culture and be part of the tradition!

Note: Friday night concerts are held the 1st Friday of June through the 2nd Friday of August.

“One of the largest crowds ever to attend a band concert here was generated last Thursday night at the dedication of Marshall’s new bandstand. All the people of this community seemed to have been present and many drove from surrounding towns and cities.

Everybody enjoyed the exercises and was delighted with the beauty of the stand, the lighting, and the decorations. Rev. Honn of Martinsville gave an inspiring dedicatory address and Prof. Harold Bright, who in the past has done much to make the Marshall band the successful musical organization that it is, directed the first band number. Both men received volumes of applause.

Those in charge of the enterprise extend hearty thanks to all who cooperated with them to make the opening night a success. Especially they appreciated the eagerness of the young ladies who solicited donations from the crowd, Max Zschau who furnished the flowers, Bubeck and Gallagher who furnished the chairs, and Ben Honn and Mr.Bright.”

The Marshall City Band was featured in National Geographic magazine in March 1998 as part of their “America’s First Highway” story about the National Road. 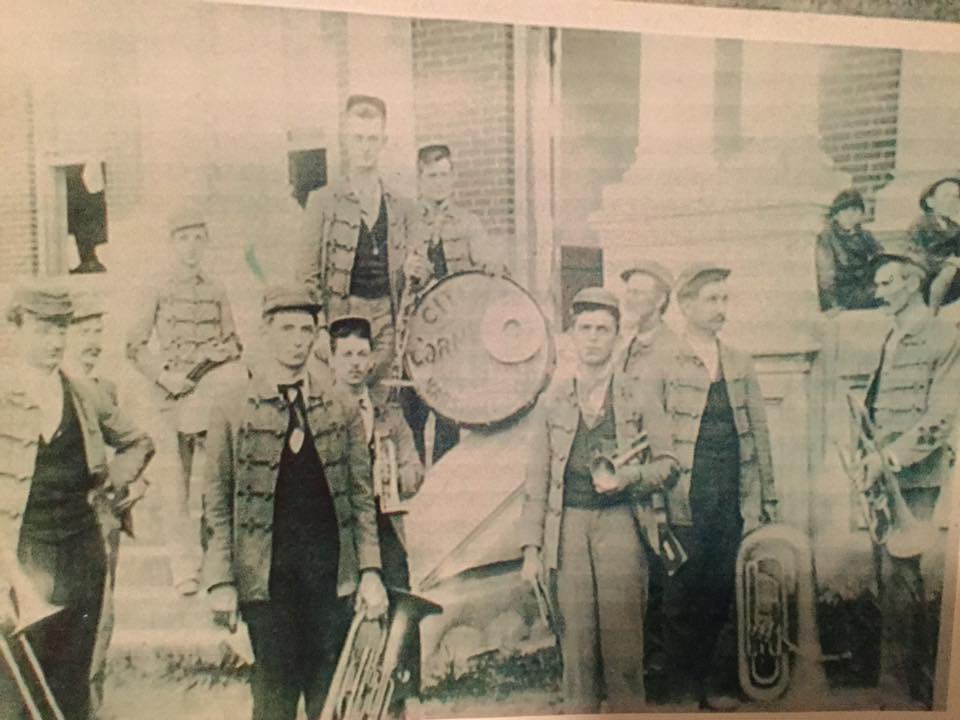 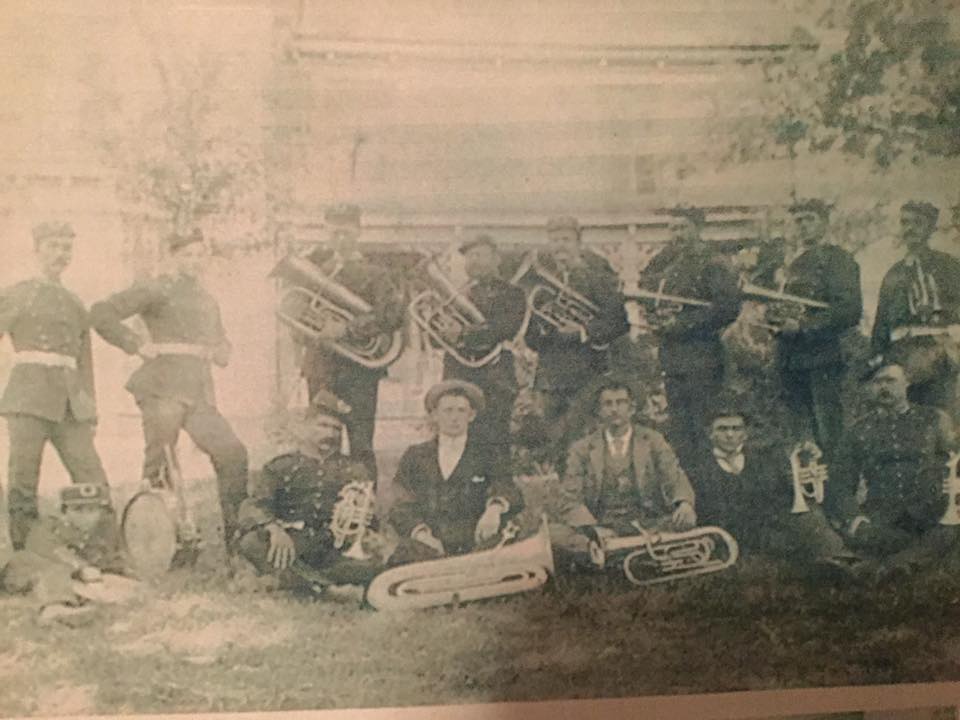